RE: How To Get Rid Of Gynecomastia Naturally Without Surgery

Gynecomastia, the development of breast tissue in men, occurs as a result of an underlying hormonal imbalance which leaves you prone to a range of diseases including cancers such as prostate, lung and even breast cancer.

Surgery does nothing to solve this underlying problem, so whether or not you’re having surgery, you must learn about tactics on how to get rid of gynecomastia naturally and without surgery, as these are all about getting your hormone levels back to their natural masculine state.

“So what are some of these ‘natural’ tactics on getting rid of gynecomastia?”

In the modern environment thanks to the use of pesticides, preservatives, plastics, the oral contraceptive pill (used by more than 70% of all women in the west) and countless other chemicals, the female hormone oestrogen and oestrogen-like particles are everywhere in your environment!

Since the government couldn’t care less about how miserable you feel with those man boobs, it’s up to YOU to do everything in your power to limit your intake of oestrogen and reduce its levels in your body.

When you do this, you’ll find those man boobs will disappear completely and never trouble you again!

“Ok, tell me about the tactics already”

Getting rid of gynecomastia naturally involves reducing general body fat, not just fat from your chest. Since body fat stores oestrogen and also converts testosterone into oestrogen, this is one of the most powerful oestrogen-lowering tactics, though not the only one. 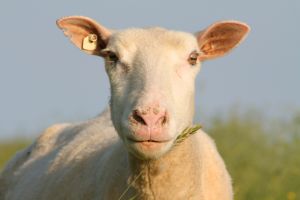 It’s important to stick to the natural and organic variety of food if you can, since preservatives, which are used to extend the shelf-life of the food you eat, contain oestrogen-like particles. Also in many countries such as the USA, livestock is treated with oestrogen to make the animals grow fatter and produce more milk.

You may not think cosmetics are so important, but you’ll be surprised how much of the stuff is absorbed through your skin. Your skin after all IS your body’s largest organ. By seeping in through your skin, the oestrogenic particles in cosmetics avoid being metabolised by the liver, and can be up to 10 times more potent than if taken in orally.

Sheep for example, are given oestrogen in the form of an implant behind the ear, as this is far more potent than the oral route. So think twice the next time you’re slapping on that lotion, and be sure to check out the list of ingredients.

To learn about the type of exercise you need to reduce body fat and get rid of that gynecomastia, Click here to watch the How To Lose Man Boobs Naturally video, where I’ll also be telling you about the types of food that increase and reduce oestrogen, what cosmetics you CAN use and much more.